Inflation rates are rising in the US - an economist explains why 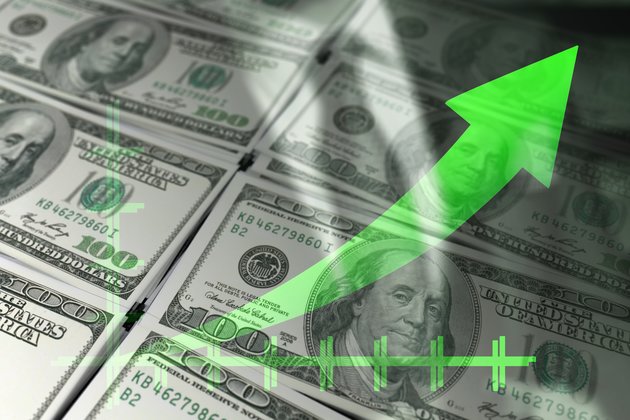 Consumer prices in the U.S. are rising due to inflation at the fastest rate they have in decades. Earlier this summer, SciLine interviewed Martha Olney, a teaching professor emerita of economics at the University of California, Berkeley, about what's causing prices to rise and what the government can do to encourage a return to stable prices.

The Conversation has collaborated with SciLine to bring you highlights from the discussion, which have been edited for brevity and clarity.

What factors are contributing to inflation?

Martha Olney: If more people want to buy things - that is, if there's an increase in demand - that's going to make prices go higher. The other thing that can drive prices up is a decrease in supply - for example, if it becomes more difficult to produce goods. This happens if there are supply chain disruptions or disruptions in transportation.

In the last couple of years, we've had both of those things. At the beginning of the pandemic, demand shifted and we started buying more goods, rather than services. We were buying more cars, more electronics, more goods for the home. And we saw that price impact. At the same time, we had supply chain disruptions. So, the demand for goods went up, but the things needed to produce those goods were not as available, and so those prices went up.

How has the war in Ukraine made inflation worse?

Olney: As we were still dealing with the pandemic, the war started in Ukraine. This impacted both energy prices and food prices. Energy prices increased because of sanctions on Russia - Russia provides oil to the global market. The price of oil is set in a global market, so any disruption to the oil supply impacts the oil price worldwide. Ukraine and Russia also provide a large share of the world's wheat exports, and their ability to grow, harvest and export their grain has been impacted by the war as well.

How can previous periods of inflation help us understand what's happening right now?

Olney: In the 1970s, the OPEC oil crisis led to a reduction in the oil supply, which sent oil and fuel prices up. And that was, again, a supply restriction. At the time, that led to increases in the prices of many things because fuel was an important ingredient in so many things that we produced, and inflation took off.

So that's the historical period that I think is particularly relevant because it leads into how our expectations of inflation are changing. There is a survey that's conducted every month where folks from the University of Michigan go out and ask a bunch of consumers what they think the inflation rate is going to be in the next month and the next year. Those answers are called our "inflationary expectations."

Who is responsible for reducing inflation, and what tools do they have?

What stabilized prices after that similar period in the 1970s?

Olney: The Federal Reserve broke that inflation by undertaking extraordinarily tight, conservative and contractionary monetary policies. They increased interest rates as high as 18%. So, to get a mortgage to buy a house, the interest rates were 16% to 18%. That brought demand to a screeching halt, made the economy contract and triggered the most severe recession we'd had since the 1930s. And that reduced demand for products and led to, ultimately, a decrease in prices.

The other piece of the inflation puzzle is what's happening to people's expectations. In the early 1980s, President Ronald Reagan went on camera from the White House and assured everyone that he was in control and the Federal Reserve was going to solve this problem. Together with the changes in interest rates that caused unemployment to soar, Reagan's reassurances led to a drop in people's expectations that some economists believe was key in lowering inflation in the early 1980s.

Is it possible to stabilize prices without causing a recession?

What the Fed is hoping to do is slow the rate of increase - that's what they mean by a "soft landing."

So instead of increasing the production rate at, say, 2% per year from month to month, maybe we could increase it 1% per year. In that case, we wouldn't have a recession; we would just have a decrease in the amount of growth.

Watch the full interview to hear more about how examining historical periods of inflation can help us understand what's happening to markets now.

SciLine is a free service based at the nonprofit American Association for the Advancement of Science that helps journalists include scientific evidence and experts in their news stories.