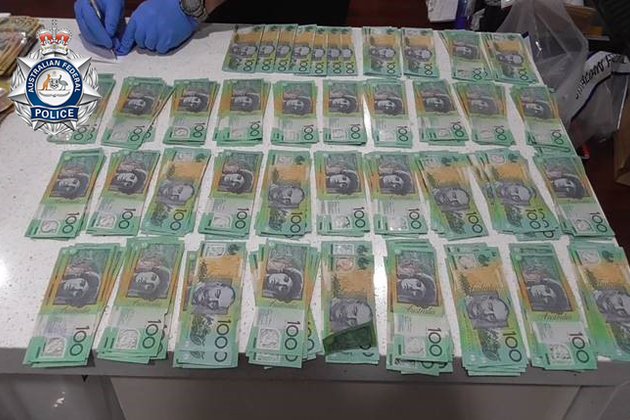 A Perth man has been sentenced to five years and nine months' imprisonment for drug trafficking and dealing in the proceeds of crime after he was arrested during an AFP organised crime investigation.

The man, 29, was sentenced in the District Court of Western Australia yesterday (2 August 2022) following a trial in June (2022), where he was found guilty of the three charges he faced.

AFP officers arrested the man in October 2019 after they executed a search warrant at his Nollamara home.

At the warrant officers found items linked to drug supply and almost 500 grams of methamphetamine inside a concealed compartment in his bedside table. A card to activate the drawer lock was found in the kitchen.

Police also found methamphetamine in other containers in the home - totalling another 50 grams, almost $60,000 cash, 3.2 grams of heroin and a drug ledger on the man's computer.

Other items seized included four vehicle wheels with cuts in the tyres, which police said was consistent with the removal of concealed narcotics. One tyre contained an emptied Chinese tea package identical to packages from previous methamphetamine seizures in Australia.

AFP Acting Sergeant Chris Lilburne said the AFP was continuing to make Australia as hostile as possible for anyone who tried to supply drugs and profit at the community's expense.

"Illicit drugs cause immense harm in our community and this matter shows how AFP investigators and forensics analysts work together to identify and link people involved in the drug trade," he said.

The man was convicted of:

He has been ordered to serve three years and six months' imprisonment before he will be eligible to apply for parole.

A woman who is related to the man, was sentenced to seven years' imprisonment in April 2021 after being arrested as part of the same organised crime investigation. The details of her sentencing are available in this media release.

For free and confidential advice about alcohol and other drug treatment services, call the National Alcohol and Other Drug Hotline on 1800 250 015.