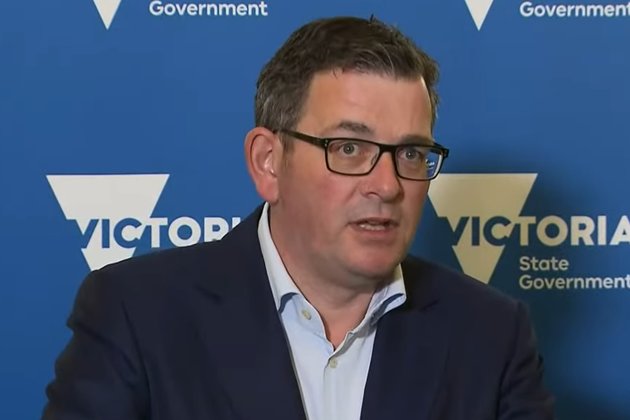 The Andrews Government is attempting to pass a bill broadly criminalising the protest of native forest logging activities, opposed by environmental and human rights groups.

On 24 May, the Victorian Government introduced the Sustainable Forests Timber Amendment (Timber Harvesting Safety Zones) Bill 2022 in the State's Parliament.

It has passed through the Legislative Assembly and it is now before the Legislative Council - in which the deciding votes are held by minor parties and independents - for consideration.

According to the Government, the bill penalises protestors who unlawfully entered timber harvesting safety zones and 'interfere with workers or their machinery'.

The Minister for Agriculture, Mary Anne-Thomas, said that:

The proposed law has been slammed by human rights and environmental groups, which claim it will have 'a significant chilling effect' on the right to protest in the State.

The bill comes almost three years after the Andrews Government pledged to end native forest logging by 2030. Western Australia has committed to halting such practices by 2024.

For years, Victoria has failed to prioritise the best interests of the environment and biodiversity in its forest management practices, says Cam Walker, spokesperson for Friends of the Earth Australia (FOE):

The Coalition's 'dreadful' legacy on the Great Barrier Reef

Ahead of the upcoming Federal Election, the Coalition Government has made another significant pledge to protect the Great Barrier Reef from further environmental harm and degradation.

Victoria's Sustainable Forests (Timber) Act 2004 seeks to criminalise a range of conduct that occurs within a "timber harvesting safety zone". These zones include areas where forest logging is planned or has taken place, a road within the area that was closed for the purpose of the logging operations and any area of a forest within 150 metres of the proposed logging site.

In particular, the Victorian Government's bill seeks to increase the penalties associated with various offences under the Act. These offences include failing to follow an order to leave a safety zone; being in possession of a prohibited item in the safety zone; and hindering, obstructing or interfering with logging operations.

The use of PVC or metal pipes in the course of protest would also be prohibited if the bill were to pass.

Meanwhile, the Tasmanian Government has a bill before its upper house, seeking to criminalise a broad range of protest activities, while the New South Wales Government enacted an "anti-protest" law earlier in the year.

Life under Joh was no joke. In fact, for a lot of people it was downright dangerous, writes History editor, Dr Glenn Davies.

Human rights organisations and environmental advocacy groups have universally panned the proposed bill, dubbing it an attack on the rights to protest and political expression.

The Human Rights Law Centre and Environmental Justice Australia characterised the proposed law as 'draconian', saying that it adversely impacts on the 'democratic freedoms' of environmental protestors to take a moral and political stand on native forest logging.

While the bill "appears to be influenced by a desire to ensure forestry workers have a safe workplace", Mr Walker that FOE "urges the Andrews Government to withdraw the proposed new law that would criminalise peaceful protest".

Experts have said that the proposed law might breach the Charter of Human Rights and Responsibilities Act 2006 and that a legal challenge against provisions of the law should be expected if it is passed by the Legislative Assembly.

The Supreme Court of Victoria cannot invalidate the provisions of a law if they breach the human rights contained in the Charter.

Nicholas Bugeja is a Bachelor of Laws (Honours) and Arts graduate from Monash University and an Assistant Editor for Independent Australia.