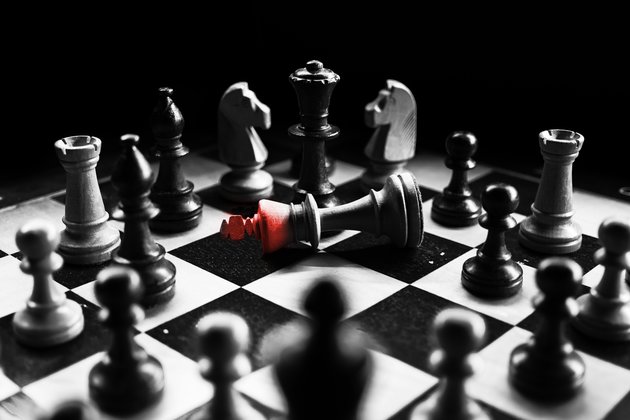 If tensions between the Western world and China and Russia led to a split into two separate financial and trading systems, Australia would be among the countries most hurt.

We ran the numbers on this earlier this year for the West Australian Governor's Strategic Foresight Dialogue. At the time the possibility of a new "bamboo curtain" with China, Russia and like-minded nations on one side, and the "West" led by the United States on the other, was academic.

It remains so. Nevertheless, it is worth reexamining what our model produced.

We modelled the short-term effects of an end to trade and investment flows across a curtain which leaves the Western economies on one side and China and the rest of the world on the other.

Read more: Russian sanctions are biting harder than imagined, and it'll get worse

Examining only the short-term effects of an end to trade and investment flows across such a curtain, we conservatively assumed:

no associated military expenditures or losses

exchange rate targeting within each group, with Western currencies pegged to US dollar and Eastern countries pegged to the Chinese Renminbi

money wages, capital and government spending fixed in all countries

in all regions, the unemployed get 60% of the low-skill wage

Australia among the hardest hit

Proportionately, the negative effect on Australia would be larger than on the world as a whole, due to Australia's relative affluence and dependence on trade.

The United States was the least affected in terms of GDP.

The relative resilience of the US is because it is less trade-dependent than other economies. It would receive an expanded share of the diminished Western investment pool.

Production would fall everywhere until production centres are relocated, resulting in mass unemployment and plunging returns on capital.

Our model suggests half a billion workers would lose their jobs worldwide, including one fifth of employed Australians.

The worth of financial assets would fall by one fifth on average, and by one quarter in Australia.

The result would be a real decline in the value of Australia's currency, which would be biggest against the US dollar (20%).

Australia's export income would fall 55%, a loss almost as big as China's.

Western Australia would be by far the worst affected Australian state, because it depends on exports for 61% of its gross state product, compared to 24% for Australia as a whole.

Diversity, within the bloc

The scenario remains unlikely, but the best early defence against extremely large losses is greater economic diversity. Interestingly, this need not be diversity within the Australian economy, or within one state within it, but diversity within the entire Western bloc on Australia's side of the potential curtain.

It is achievable with far less restructuring than would be needed to make all of Australia self-sufficient.

Nonetheless, to support the expanded investments required, Australia would have to quickly enhance its strengths in sophisticated manufacturing.

This needn't happen within the state with the most to lose, which is Western Australia. Expanded manufacturing in Australia's east could source the minerals, energy and agricultural inputs it needed from Australia's west.

Of course, any support of manufacturing in Australia will require programs that avoid the import protection that held back Australian growth through the 1970s.

One idea would be tax reforms combined with tax-financed direct assistance. Finding other ideas will be challenging for Australia's economists and policy makers, but we fear they could become very important.

The substance of this article was prepared for the WA Governor's Strategic Foresight Dialogue: Possibilities for Western Australian Economic and Industrial Resilience in the Event of Regional Conflict, 23 February 2022