Don't punish the poor: Fines must be based on income 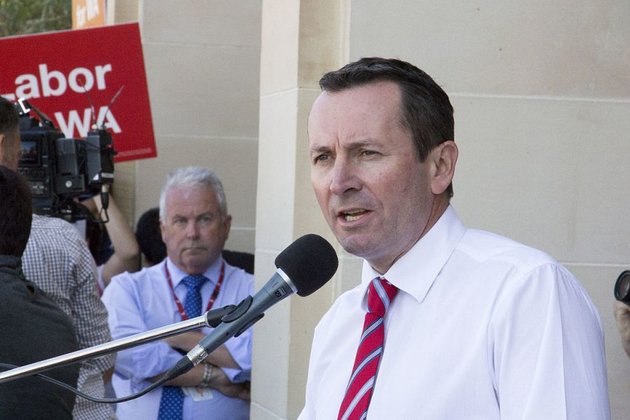 There is a discriminatory, classist struggle in this nation, in which the unemployed, the underemployed and the homeless can be decimated because they are too poor to pay fines.

This crisis is particularly evident in Western Australia.

Although the catastrophic number of impoverished people imprisoned for unpaid fines has decreased in the past couple of years, the problem remains that individuals can still be, and are, locked up. But greater numbers of Western Australians living below the poverty line or in relative proximity to the poverty line cannot afford to make payments. This has led to many having their driver's licence, for instance, suspended.

The impoverished fine defaulters are hit with a bad credit rating, making near impossible to secure a private rental home and, in many cases, even a social housing rental. Those who make repayments sacrifice the urgent essentials of their families - less food on the table, less recreational activities for their children.

Some steal to survive, are caught, incarcerated and families are torn apart.

While climate change is a threat to all Australians, it's the Indigenous communities who will bear the burden of our Government's ignorance the most.

In 2011, I commenced the campaign to amend Western Australian legislation - the Fines, Penalties and Infringement Notices Enforcement Act - so to reduce the catastrophic jailing rates of the poor, with fine defaulting. Ultimately, it took a decade; a cultural shift developed, the multitudes came to the fore and the amendments were made. Another campaign was recently launched to further improve the Act.

For First Nations people, recommendation 120 from the Royal Commission into Aboriginal Deaths in Custody stated unpaid fines should be waived if over five years old. Recommendation 121 stated that instead of imprisonment, alternatives should be prioritised. This was in 1991.

The practice of immediate imprisonment, without presenting before a court, for defaulting on a payment arrangement was put to an end in New South Wales in 1988, after 18-year-old David Parkin was jailed for unpaid fines. He had never seen the inside of a jail. Days after he was first jailed, Parkin was bashed to death.

It was an exhausting campaign to win over the Western Australian Government to at least consider an end to police watch houses and prisons being used to resolve unpaid fines.

Although the incumbent Government finally amended the relevant legislation to remove powers from a fines enforcement registrar to issue arrest warrants for unpaid fines, the fines for people living below the poverty line remain excessive. Tens of thousands of impoverished West Australians are affected.

This is not the end of the story. There are hundreds of individuals and families living below the poverty line who have been hit with fines in the thousands of dollars. These individuals are recipients of Centrelink's Youth Allowance, Newstart, disability or carer payments.

The majority of those who were jailed for unpaid fines are on parenting payments - mostly single parents. If someone has a $500 income per week to work with to pay the rent, put food on the table and, where possible, pay the utility bills on time, are they going to pay a fine equivalent to their weekly income?

Or are they going to pay the rent and put food on the table for their children?

Indigenous youth suicide: Why it's crucial to speak out

If we want meaningful change, the stories of families enduring tragic, impoverished lives must not go unheard.

For this reason, fines should be for income-assessed and appropriate.

People living on the lowest 20% of income account for the most significant toll of suicides and tragically for most of the incarcerated.

Our experience, in general, has found crushingly impoverished people who fine default carry non-resolvable burdens of tens of thousands of dollars in fines. We have ascertained the actual fines, if disaggregated to the core fine or fines, are around $1,000 to a few thousand dollars. But within a year or two, the fines accumulated to tens of thousands of dollars because of perfunctory late payment penalties, court-ordered penalties and costs.

We know of one homeless individual who survives on a welfare payment of a couple of hundred dollars weekly but who has accumulated over $100,000 in fines because of the ongoing compounding penalties.

Currently, no model across the country is good enough. If we want a genuine fine repayment plan which is equitable and does not discriminate, fines should be assessed relative to income. There are comparative models, but the model we should follow is that of the Scandinavian countries and in particular, Sweden's.

In Finland, some traffic fines, as well as fines for shoplifting, are assessed based on earnings. Authorities start with an estimate of the amount of spending money a Finn has for one day. Then they divide by two, to ensure a reasonable amount of spending money so impoverished offenders do not deprive their families of essentials. In other words, the principle of proportionality is at the heart of the fines system in Finland.

Income-based fines can introduce fairness to legal systems which are biased against the poor.

Sweden has some sliding-scale fines, or "day-fines," in place, but in Australia we have flat-rate fines, and it is my argument this is discriminatory.

In this way, fines will retain the deterrent effect, while not excessively disadvantaging impoverished people to the point where they have no capacity to pay these fines. We must not remain an abhorrently classist society. We must not remain a racist society, where we level disproportionate impacts on First Peoples and of the migrant-born from CALD backgrounds who have fled acute poverty.

Lastly, in addition to the call for income sized fines, the West Australian Government should annul all outstanding fines of anyone living below the poverty line who are recipients of a Centrelink payment only. Alternatively, the Government should at least retrospectively remove all penalties and accumulated court ordered costs from the core fine or fines, so people can have some capability and dignity to pay them.

The jailing at hideous rates in Western Australia of abjectly poor people for fine defaulting came to my attention in 2008 and increased dramatically over the next few years. At the time, Government Ministers denied this was the case.

Leading up to 2013, 1,100 impoverished Western Australians, half First Nations, were jailed for fine defaulting and comprised 18% of WA's prison population.

The data from Corrective Services showed that, between 2008 and 2014, numbers soared from 194 incarcerated fine defaulters to over 1,000. In the same period, the number of First Nations people held for unpaid fines jumped from 101 to 590. For a time, 18% of the Western Australian prison population was accounted for by fine defaulters.

We must generate the political will to address the objectionable and discriminatory laws and regulations governing fines. This will lead to us reducing the harrow of suicides and reduce the staggering Western Australian carceral rates: WA imprisons far too many First Nation peoples. It will reduce crime and keep more families intact and children in school.

We must get moving now and bring on the community reckoning, spread the love, reform our way to income-assessed fines, and fairness.

Gerry Georgatos is a suicide prevention and poverty researcher with an experiential focus. He is the national coordinator of the National Suicide Prevention & Trauma Recovery Project (NSPTRP). You can follow Gerry on Twitter @GerryGeorgatos.