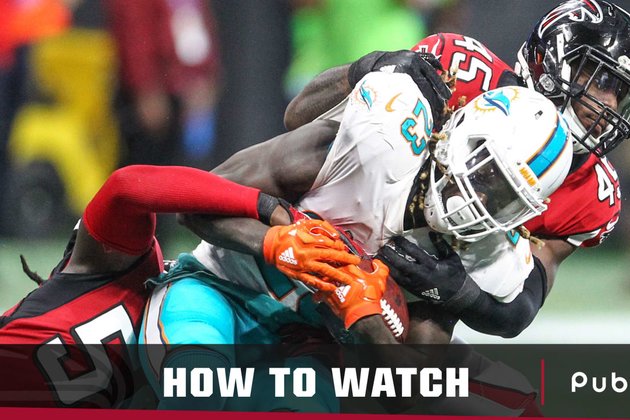 The Falcons are well rested and back in action following the bye-week. Looking to capitalize on the momentum from the win in London against the Jets, they now set their sights on the Dolphins who just gave the Jaguars their first win on the season in London last Sunday.

Sunday will mark the 14th time these two sides have faced off with the Dolphins leading the all-time regular season series 9-4. Of course, these teams meet regularly in the preseason, including this season when the Dolphins walked away with the 37-17 victory. However, with nothing on the line in preseason, and no regular starters playing on the Falcons side during that game, it's safe to assume this should be a more competitive match.

The Falcons had Calvin Ridley, Russell Gage, and Marlon Davidson all return to practice this week providing a boost heading into Sunday. On the other side of the ball the Dolphins had exciting, young quarterback Tua Tagovailoa back under center last week. Though it didn't result in a win, his presence always gives the Dolphins a chance when he's out there; making Davidson's return all the better.

With all of that to digest there is no shortage of ways to take in the Falcons vs Dolphins game this Sunday.

Streaming outside the market: Watch live out-of-market preseason games and replay every game of the season with NFL Game Pass.

(per The Weather Channel)

*We leave no stone unturned here at AtlantaFalcons.com

Below is the broadcast map for all NFL on Fox early Sunday games for Week Seven (courtesy of 506 Sports):