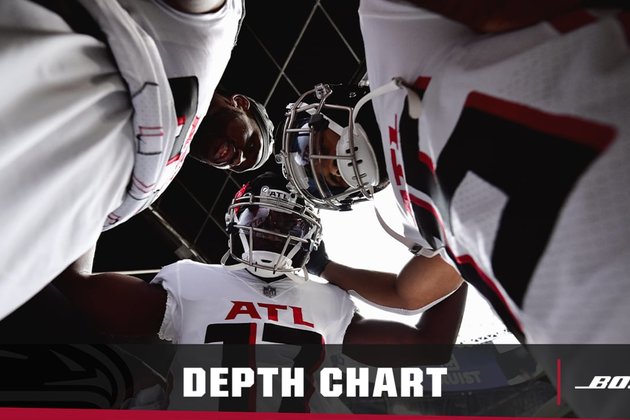 The got one offensive lineman back and lost another this week.

Guard Josh Andrews returned off injured reserve on Monday, with corresponding move unwelcome to the offensive front. Right tackle Kaleb McGary was placed on the reserve/COVID-19 list putting his status for Sunday's game at Miami up in the air.

We don't know if McGary will be available or not -- it's still possible he passes through the protocols and can play Sunday -- but the Falcons have to plan to play without him. They have some options, including one that doesn't involve much shuffling. Jason Spriggs could just move into the starting lineup from his reserve role, though Colby Gossett could be in play there, too.

That would leave rookie Jalen Mayfield at left guard over a move outside to cover for McGary's absence by playing a position he manned in college.

Mayfield remains the first-unit left guard on a depth chart released by the on Tuesday afternoon, with Andrews behind him after recovering from a broken hand injured in practice preparing for the season opener.

We're also seeing Kendall Sheffield on the depth chart for the first time since coming off injured reserve two weeks ago, slotting behind Fabian Moreau and Avery Williams, a rookie who could fill a role in the slot.

Click below to view the jerseys the Falcons will rep during each regular season game in 2021!

Join Atlanta Falcons Insiders Scott Bair, Tori McElhaney and Kris Rhim as they breakdown the latest Atlanta Falcons game action and what it means for the team's success.