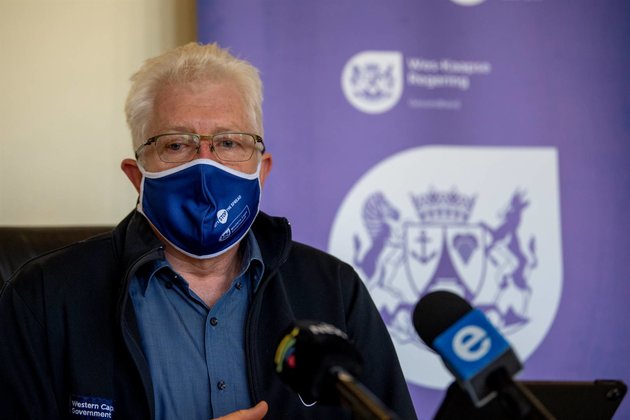 The country remains at significant risk of a second wave of Covid-19 cases, according to Western Cape head of health Dr Keith Cloete.

Speaking about the province's aim during the hard lockdown, he said the focus had been about flattening the curve.

"We wanted our peak to look like Table Mountain."

Winde added some of the things that stood out for him was the innovation from the government such as the Red Dot taxi system and new intervention of delivering medication to people's homes.

"You no longer have to wake up at 04:00 in the morning to fetch your medicine, but it will be delivered to your door," he added.

However, Cloete said while South Africa might be on Level 1, it did not mean the country was out of danger.

"Based on international experience, the risk for having a second wave in South Africa is significant. It is high, and we are preparing as if we will get the second wave," he added.

RED LIST | UK, US tourists not yet allowed in SA

Speaking on the issue of food security, the head of department for Social Development, Robert McDonald, said they received a research report from the University of Stellenbosch that mapped the impact of hunger during the lockdown.

"What they found is a very sharp increase in the hunger, even with the reduced lockdown from June, we still saw levels of food security at least twice as high as in other years," he added.

Closing off, Winde highlighted that food security was about dignity.

"We need to make sure that no one in the province goes hungry as we recover."