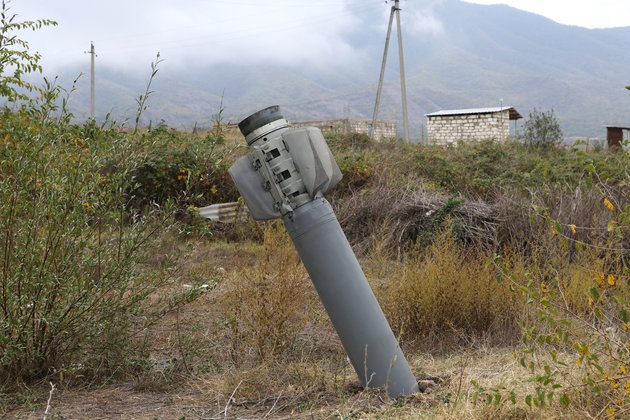 France, Russia and the United States are calling for a cease-fire between Armenian and Azerbaijani forces which continue to clash over the breakaway region of Nagorno-Karabakh in an ongoing conflict that is threatening to escalate into all-out war.

Armenia and Azerbaijan have dismissed the demands for a truce in the disputed region, where fighting has escalated in recent days to levels not seen since the 1990s.

In a joint statement as co-chairs of the OSCE Minsk Group, which is tasked with finding a peaceful solution, the French, Russians and Americans called for "an immediate cessation of hostilities" between Armenia and Azerbaijan and for leaders of the two countries to "commit without delay to resuming substantive negotiations."

Russia also has offered to host the Armenian and Azerbaijani foreign ministers for talks to end the fighting that erupted Sunday, reviving a decades-long conflict over the landlocked enclave. The region is within Azerbaijan's borders but is governed by ethnic Armenians and supported by the Armenian government.

Dozens of people have been killed and hundreds of others injured in the fighting, which has since spread to areas outside the enclave's borders.

The conflict intensified on Tuesday as Yerevan claimed a Turkish F-16 fighter jet shot down one of its SU-25 fighter planes in Armenian airspace, killing the pilot.

Turkey and Azerbaijan denied the claims.

Also this week, the United Nations Security Council called for an immediate halt to the hostilities, as did a spokesman for U.N. Secretary-General Antonio Guterres and the U.S. State Department.

Armenia and Azerbaijan declared martial law and troop mobilizations on Sunday amid fighting over Nagorno-Karabakh.

The enclave seceded from Azerbaijan during the Nagorno-Karabakh War that ended in 1994 but has not been recognized by any country as an independent republic.

A war between the two former Soviet republics could also involve regional powers Turkey and Russia, which has a defense agreement with Armenia. The Turkish government supports its own ethnic Turkic kin in Azerbaijan. Moscow is a vital supporter of Yerevan and maintains a military base in Armenia.