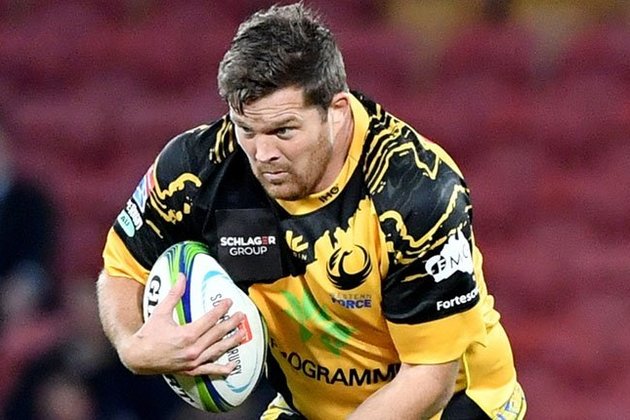 The Western Force have re-signed front-row trio Greg Holmes, Angus Wagner and Feleti Kaitu'u ahead of the 2021 season.

Promising young hooker Kaitu'u joined the Force in 2018 and enjoyed a breakout 2020 season, resulting in an invite to the initial Wallabies training squad.

The 25-year-old has had a whirlwind journey with the Force so far and is looking forward to being a part of the club for the next two years.

"Western Australia and the Force gave me my first crack when no one else in Australia was willing to. To me, that means everything," he said.

"I am excited about my mission in this brotherhood, this culture, and this club that gets knocked down seven times but stands up eight.

"The Force's story as a club resembles much of my journey - chasing this once elusive dream of mine. Nelson Mandela once said, 'The greatest glory in living lies not in never falling, but in rising every time we fall', that is something I truly believe in."

With 27 Wallabies Test caps to his name, Holmes joined the Force for the 2020 season, making his return to Australian rugby after four years playing for England's Exeter Chiefs.

Despite missing much of the Super Rugby AU season with a thumb injury, he says the journey with the team was a memorable one.

"I'm super excited to be staying at the Force! I am hugely thankful to the guys for bringing me in this year and giving me another chance to show them what I can do," said Holmes.

"It's a very exciting time and there are some really promising talents here, so I am pumped to be part of it.

"I think it's always good to have a few older players around at the club, especially somewhere like the Force where we have so many young players coming through. You don't have to be a coach to help those guys and if I can help them even just a little bit throughout the way, that is hugely important for me.".

Up-and-coming prop Wagner, 22, revealed that he is grateful for the opportunities the Force has presented him and is looking forward to continuing to develop and grow for another two years in the west.

"Getting my first cap this year was amazing, you really feel like you're a part of something when you get that. I'm very grateful for that opportunity," said Wagner.

"Playing with the Force has been awesome. We are doing so well as a club and I thought we did really well this year.

"I love it over here, we have a great group of boys and it's a really great environment to be a rugby player."

Force head coach Tim Sampson was full of praise for the trio, saying they all hold crucial positions within the team and the club.

"Feleti kicked on with his game this year and it was a great reward that he was recognised by the national selectors and called into the initial Wallabies squad at the completion of Super Rugby AU," he said.

"Similarly, for Angus, in just his first season at the club, we were really impressed with his growth in all areas of his game. The timing of his injury in the recent Super Rugby AU tournament was unfortunate, as he started the competition really well, but it is fantastic that Angus has committed to the club and we are looking forward to his game continuing to develop over the coming years.

"Greg's experience and front row knowledge is going to be pivotal for us moving into next year. He has been involved in successful programs over the years having previously won a Super Rugby title, and more recently was a key member of the successful Exeter Chiefs club, so he knows what it takes to get results."