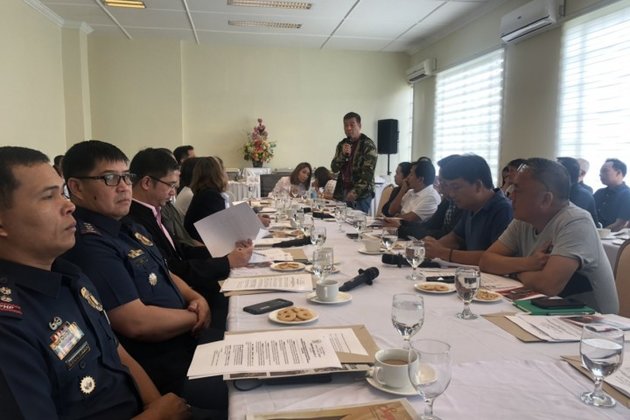 Garcia said the creation of the task force is urgent and vital to Cebu being the largest pork producing province in Central Visayas.

Cebu produces about 4.3 percent of the national volume with a value of about P10-billion, according to the Office of the Provincial Veterinary here.

The entry of ASF, said Garcia, would have serious repercussions not only in the hog industry in the province but in other industries as well, such as tourism. "We need to take concrete action immediately, as fast as we can and as soon as we can," she said.

Provincial Veterinarian Dr. Mary Rose Vincoy, during the task force's meeting, reported that her office has already implemented the early warning contingency plan, which involves the confiscation of canned goods from ASF-hit countries and the conduct of an information, education, and communication (IEC) drive for livestock farmers on ASF.

The Provincial Veterinary Office also has a standby quick response and outbreak investigation team that responds to reports of suspected ASF incidents.

The governor ordered the Surveillance and Monitoring Team to ensure the strict enforcement of local border controls in seaports and airports here to prevent the entry of ASF-infected products.

Garcia has included in the said team the Central Visayas Pork Producers Cooperative (CVPPCo), an organization composed of hog raisers in the region.

CVPPCo President Rolando Tambago disclosed that their group has earlier contributed around P1-M to help the government in boosting preventive measures at the borders, such as placement of foot mats and hiring of additional quarantine inspectors.

Tambago also vowed to "police our own ranks" and immediately report to the local government suspected cases of ASF among hog raisers in their group.

Department of Agriculture (DA-7) Regional Director Salvador Diputado has emphasized the importance of early diagnosis which can only be possible if suspected ASF cases are reported immediately.

Garcia is set to meet with officials from Mactan Cebu International Airport (MCIA) and GMR Megawide Cebu Airport Corporation (GMCAC) to discuss the setting up of public advisory signage on ASF for passengers at the airport, and the protocols in place in the proper disposal of offloaded food waste from international flights arriving at the airport. (PIA7/RMN)