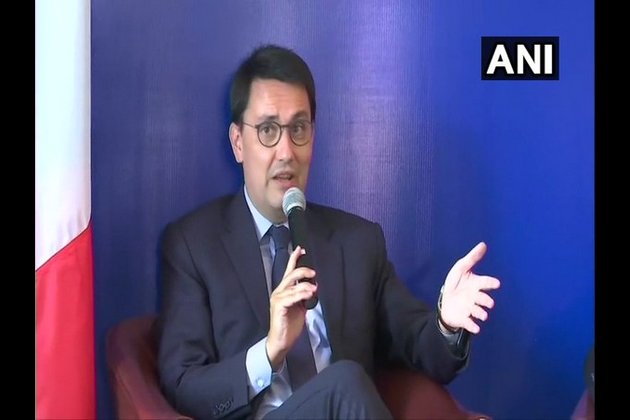 Even though he abstained from naming his successor, or even outlining his upcoming role, Ziegler highlighted that he would be returning to India "again and again".

Following the farewell reception, the Ambassador will be departing for France tonight ahead of Prime Minister Narendra Modi's visit to the nation. In France, Modi is slated to meet with French President Emmanuel Macron.

In his farewell speech at the French Embassy on Wednesday, the French ambassador put forth three observations.

"The first is that I am leaving with the conviction that we have accomplished some good work together," he told the collected guests at the Embassy here.

Ziegler added that milestones have been achieved at a strategic level on the level of people to people ties, and also in the strong rapport shared between Modi and Macron.

"I would also like to say how deeply I believe in the almost existential nature of our Indo-French relationship. Of course, there are economic and strategic interests for France in this country and they are huge," Ziegler said.

"If we are friends - I was going to say allies - and not just partners. It's because we share the same vision of the world," the ambassador said, highlighting that France and India share values which would be seen when the Prime Minister visits France first for a bilateral and then the G7 summit.

"Perhaps in a few years, there will be a dozen - or maybe less - major countries in the world with which we, French and Europeans, will be able to forge alliances to protect and reform this international order. India will obviously be among these countries. I see in this observation one of the most absolute justifications of our partnership with India," he said.

"What I must tell you lastly is that, after India, I am turning a page in my professional life. In a few days, I will be back in Paris to try out a new adventure...I will continue to crisscross the world and return again and again to India, which is also our home now," Ziegler said while greeting the crowd with a "phir milengey!" as his address came to an end.

The guests at the tight-knit reception were all friends of Ziegler's, who had collected to bid adieu to the diplomat. Ambassadors from China, Brazil, Australia amongst others were present at the do.

The French Ambassador had indicated the end of his tenure during the Bastille Day celebrations here on July 12.