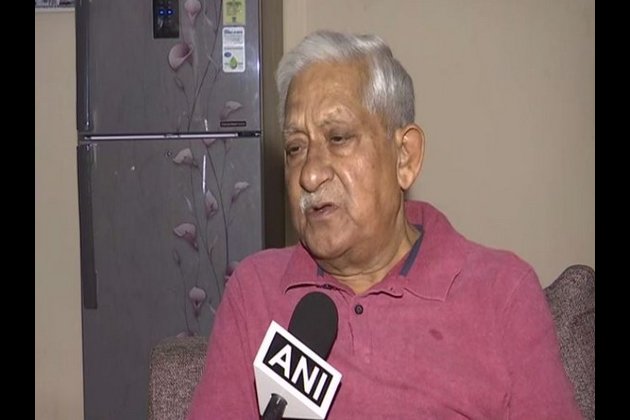 New Delhi [India], Aug 21 (ANI): Batting for P Chidambaram, former CBI joint director NK Singh on Wednesday said the former Finance Minister is not a murderer or a serial offender to be chased by the investigating agencies.

He said that Chidambaram has been cooperating and appearing before the authorities and is not an absconder.

"He will not run away anywhere. It's not a murder case or a heinous crime (he has committed). He is not an absconder. So what is the hurry? He has been cooperating and appearing before the investigating agencies," Singh told ANI.

"You serve a notice to him. He will come before you and explain the facts. So why immediately go to his house and served the notice? Why you give the impression that you are chasing him? That is not good," Singh said.

Singh also said the CBI should take precautions in guarding its credibility and not act in a hurry, adding that "this whole thing has become very complicated.""He (Chidambaram) is apprehensive. He feels that it is a vindicative action or that he will be arrested or maybe humiliated. Bail could be denied to him or he would be sent to jail. He's taking recourse to all legal remedies that are available to every citizen of a country," he said.

The former CBI Joint Director stressed that Chidambaram's lawyers have told the court that the developments in connection with the case are politically motivated.

"His lawyers also feel that when he was the Home Minister, the present Home Minister (Amit Shah) was prosecuted in the fake encounter case. This is the impression they have got," he further said.

In 2007, the CBI had registered an FIR alleging irregularities in the Foreign Investment Promotion Board (FIPB) clearance given to INX Media to the tune of Rs 305 crore in 2007 when Chidambaram was the Union Finance Minister.

Based on the FIR, the ED had filed a Prevention of Money Laundering Act (PMLA) case against him.

Chidambaram's son Karti has also been named in the two cases. He was arrested on February 28, 2018, by the CBI and was later released on bail. The ED had attached properties belonging to him. (ANI)